“The use of hybrid and electric vehicles is increasing today. The fact that it is seen as more environmentally friendly compared to internal combustion engines and the decrease in oil resources are increasing the interest in these technologies.”

The use of hybrid and electric vehicles is increasing today. The fact that it is seen as more environmentally friendly compared to internal combustion engines and the decrease in oil resources are increasing the interest in these technologies.

Vehicles are collected in 3 classes according to energy source and motor drive method. 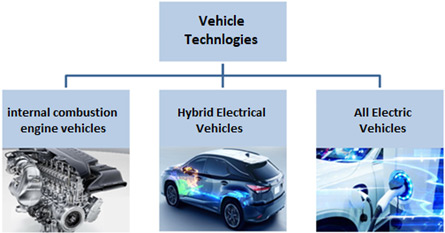 The first electric vehicle (EA) model was developed by Professor Stratingh in 1835 in the Netherlands.

In 1901, "New York Taxi" company started to use electric vehicles as a taxi.
In 1900, the French Electroautomobile and in 1903 Krieger electric-gasoline vehicles were produced and the hybrid configuration model was tested for the first time.
Ferdinand Porsche designed the first experimental hybrid electric vehicle (HEA) in these periods and named it Mixt Wagen. 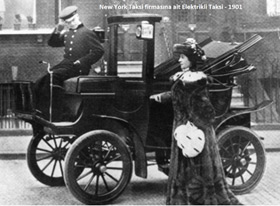 Today, the number of hybrid and electric vehicles is increasing, but still the number of vehicles using petroleum-derived fuel with internal combustion engines is not exceeded. Bu tablonun yakın gelecekte hibrit ve elektrikli araçlar yönünde değişeceği öngörülüyor. İşin ilginç yanı 1900’lerde tablo günümüzden farklıydı. It is predicted that this table will change towards hybrid and electric vehicles in the near future. The interesting thing is that in the 1900s the situation was different from today. The chart on the left shows the distribution of US vehicle sales in 1900. As can be seen, the rate of electric vehicles in those years was above gasoline. 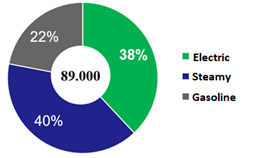 Electric Vehicles owned a significant portion of the market until Charles Kettering, an American inventor with 186 patents in 1912, enabled the engine to be driven by an electric starter instead of muscle power.

Battery Electic Vehicle (BEV): It is a type of electric vehicle that does not have a drive source other than a rechargeable battery system and an electric motor.

Hybrid: These vehicles have an internal combustion engine together with an electric motor. There is no need for external charging.

Plug-in Hybrid Electric Vehicle (PHEV): It is basically the same as other hybrid vehicles. The difference is that it can be charged externally by cable. 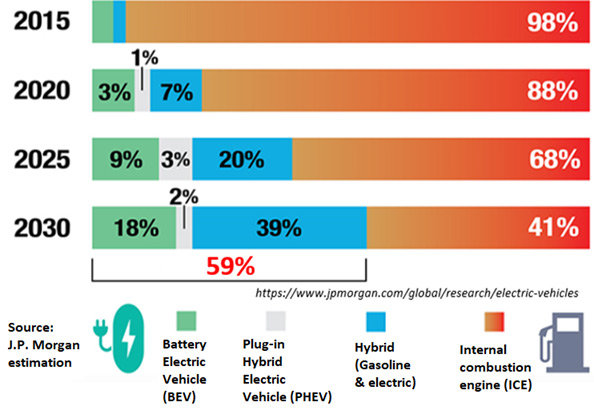 Battery Management System (BMS), one of these parts groups, is the systems that control and manage battery packs consisting of one or more cells during charging and discharging. Current, voltage, temperature etc. in battery packs. They are the structures that intervene in the system when the optimum values are exceeded by measuring important values. With this system, problems such as high temperature, overcharging or discharging, high current, high voltage, and leakage current that may cause safety problems are detected and prevented, and it is possible for the batteries to be more efficient and long-lasting. These systems, which require both hardware and software solutions, are widely used especially in electric and hybrid vehicles.

As Ecoplas, we continue our BMS product development studies together with the EATRON company we cooperate with. While receiving the support of EATRON on the software side, we carry out activities such as the design of electronic hardware, software integration, prototype manufacturing and testing within our R&D Center.